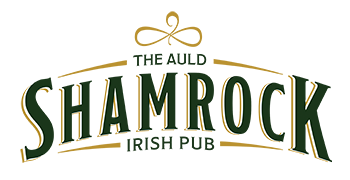 Around 1946 or so, a group of friends gathered in Reserve Mines to socialize and have a few drinks together in an establishment.  The establishment sold bootlegged liquor and every Sunday the same group would meet. This small circle of friends included the Campbells; Dodo, Frankie, Peter, Scottie, Basil and their father Scottie senior and a cousin, Roddie Campbell.  There were the Gouthros; Matthias, Vince, John, Mickey, Myles and Lonnie.  Others included Londo Scattolon, Eddie Walker, Joe Nicholson, Spud Petrie, Dave MacDonald, Skiff Smith, Alex Morrison, Jeweler MacIntyre and Bruno Fielding.  The group drank hot toddies and beer, which was a common drinking style at that time.

John Gouthros owned and operated a lunchroom on Mitchell Avenue.  It was a converted home with the bottom floor used solely for a lunch room.  The upstairs where they could stock up their own supply of booze.  The group grew even lager with the addition of Johnny R. Campbell, Steve Cooke, Dominic Gniewek Lennie and John Stephenson and John Grace.

A meeting was called and offices were elected. It was decided that the club should be called, “The Frenchvale Thrift Club”.  Dues were assessed at the amount of twenty-five cents a week for each member. Initially the treasurer would collect individual savings along with the dues. This amount was then deposited in the Dominion Credit Union. It could be borrowed to stock the larder as it were.  There was no bartender and the honor system was the rule of the day. Each drink cost .25 and the pennies in profit were returned to the Club. Each member had to pay for his drinks and the accounting was closely watched until it became clear that the group was truly trustworthy.

The club eventually became a daily drop and the membership was opened to the general public. Those applying for membership were scrutinized by the group. If there was one descending vote that application was turned down. At Christmas each member was reimbursed all his savings for Santa Claus.

A year or so had passed and Johnny R. made a motion to change the name of the club to the Shamrock Club. Weekly attendance at meetings was strictly enforced and only the very faithful stayed with the ship. The majority of the membership were either related by blood or marriage.

In 1951 a new Post Office was built in town so the club saw this as an opportunity to have their own building. It was a small, one story building. The dimensions were 14 by 24 feet and the cost was $300.00. The building was transported to John Campbell’s property where it still stands today. It was furnished with hand me down tables, chairs and a dart board. A yale lock was put on the door and each member was granted a key. The membership was around twenty five people at this time. This was the main location for four years when a house, owned by the MacDermitt family came up for sale. The club authorized Matt Gouthro and Spud Petrie to take out a loan at the Credit Union to purchase it. This is the present property of the Auld Shamrock. One of our first purchases was a second hand piano.

Roddie Victor moved into the building as caretaker and bartender. At this time we were strongly considering applying for a legal liquor license but it never came to pass. One night two members were leaving the club around 1:30 a.m. and were met by a Corporal Wright of the RCMP, who immediately went back into the club with the two members. He confronted Roddie Victor, took liquor as evidence and laid charges under the liquor control act.  The club retained a lawyer and told the whole story to the judge including the beginning, the purpose and the family oriented membership.  We were all found guilty and a fine was paid.  The judge at the time was quite impressed with the story and advised the group to make application to the powers that be to get a license. This was done and in a very short time we did get a legal liquor license.

At this time we established the social membership which was subject to the scrutiny of each member.  These social members had to adhere to very strict rules that were laid down by the club. Only the bartender could answer a “knock” at the door and guests were considered as visitors who lived outside the town. Each member was responsible for his “key” and lending this key to a friend was a “no no”. The respect that all members had for the club allowed it to operate in a very privileged manner. In its beginnings it was not unlikely for a member to leave the club in the early hours of the morning, go home to get his lunch can and then head out for day shift work in the coal mines.

The piano was the main source of entertainment at the club and Kay Gouthro was the official pianist.  Kay, who played with a major orchestra called, “The Acadians”, played at the key board until the wee hours of the morning.  It was not unlikely for members of her band to drop in the club after playing all night to have a jam session at the Shamrock. The pay for this exceptional entertainment was an odd drink from the bar. Sing songs were also a specialty of Kay’s and the members were always happy to participate.

Singing Peter MacDonald was also another entertaining star who frequented the club. I remember one day in particular when Peter arrived with Forbes MacDonald at around 10 a.m. They sang and played the guitar until 2 a.m. and I don’t think Peter sang the same song twice. It was not unusual to find either Kay or Peter performing in the late hours.

Other activities initiated by the Shamrock Club were the annual summer picnics. Former residents planned their summer vacations around these picnics. Regular visitors were Neil and Mary McPherson and their family, along with Marg and Marius Blackburn and family. Others included Olive and Ken Shaw, Jimmy and Margie Donovan, Ceasar and Ellen Vanneste, Bernie Fortune, Michael MacIntyre, Bob and Rhoda Duggan, Duke Duggan, Greg and Oppie Corbett and Marty MacPherson, just to mention a few.

In the early years we had a friend by the name of Neil Morrison, who was the brother of Alex Morrison. He had a farm in Frenchvale, where we would stage our picnics. It was a great day for all, especially the children. There would be games and races organized and prizes were awarded to the winners.  The adults would have horseshoe tournaments, volleyball games, and then everyone would have a barbecue in the field. Later on, we acquired the Ronnie Travallini property for our outings and even though we were within the town’s boundaries, outsiders did not interfere. These picnics usually lasted long after sundown, when a bonfire was lit and singsongs were sung. Some of the children, who are now adults, still look fondly back to the Shamrock picnics.

Other activities we sponsored were our annual Christmas Dances, which we held at the MacDonald High School, where a live band was provided. Members and guests only were present, with non-profit prices on a drink and tickets were ten dollars a couple. Tickets were at a premium and it was always full to capacity. These dances were held on Christmas Day (night).

Between the years of 1951 and 1957 a number of formal members left the area and found new homes as it were. They included Roddie Victor, Bruno Fielding, Peter Campbell, Steve Cook, John Grace, Scotty Campbell Jr., Basil Campbell (became a priest), John Gouthro and David MacDonald died. Others who still remained in town but left the club as members were Cuggan Hill, Len Stephenson and John Stephenson.